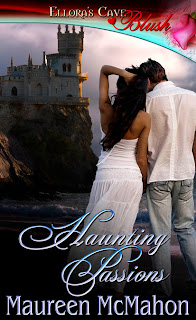 My first real novel was entitled Return of the Gulls. Set in Ireland (modern day) with a haunted castle overlooking the sea, Stacey Christian joins forces with her college boyfriend to uncover the mysteries surrounding Brenton Castle, or as the locals call it, Faoilenn Màrrach - Gull Castle. For several years since removing it from a previous pubisher, this book has gathered dust. However, it has just been signed to contract by Ellora's Cave Publishing (hurray!) and will be re-released with a new title: Haunting Passions.
Haunting Passions is the first book that uses Stacey and Peter as main characters. They team up in two other stories which are currently published - also by Ellora's Cave Publishing - Blush imprint.
In the anthology of novellas, Enchanted Holidays, Stacey and Peter help to unravel the haunting of a close friend's New England home in Ghosts of Auld Lang Syne. And in the anthology One Touch Beyond, Stacey and Peter become enmeshed in shocking paranormal mysteries at Harvard when they return for the funeral of a much-loved professor in 'Neath Hallowed Halls and Ivied Walls.

I'm really looking forward to seeing Haunting Passions out again, since it's the main book that starts the series with Peter and Stacey. Keep checking my page at Ellora's Cave (click here) - I expect it'll be out within a few months.


Thanks to all my loyal readers and fans!
Posted by Maureen McMahon at 1:27 pm 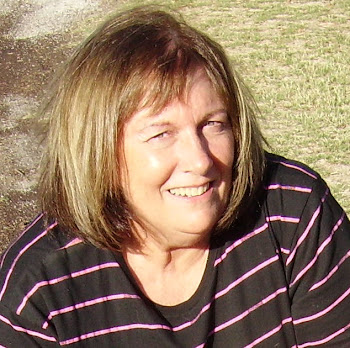